Juneathon, Day Twenty Four
Running mileage:Three.
I may have managed a little more
But had depended on technology
To let me know the miles, the speed
And, of course, the elevation
But my damned Garmin would not concede,
Much to my consternation.

We have a mixed relationship
Really, its a marriage from hell
I am his Lazy Ladyship
who never quite runs that well,
He’s happy to be seen on my arm, of course,
When we are out and about
But then, he swiftly loses his charm
When his battery soon wears out.

Or else he’ll start to bleep and bleep,
And when I tire of his teasin’
Suddenly, mid run, he’ll fall asleep
For no apparent reason.
Well its not my fault, how could it be?
Plainly Sir Garmin is to blame
I play my part, dont you see?
Now he should do the same.

I turn him on every day
like any good wifey would.
I cater for his energy needs
Whenever I’m in the mood.
Oh it’s hard to fulfil his electricity demands
He really is very greedy.
And I am the independent sort
Who detests a man so needy.

So maybe we’ve reached the end of the line
the end of the road, if you must.
It seems certain to be just a matter of time
Before our marriage turns to dust
So Sir Garmin, a chroí, wake yourself
Don’t be such a sleeper.
Or soon I’ll be off out that door
With your rival, Mrs. Runkeeper.

Forget Bethlehem. It`s the 23rd of December 2013, and all roads lead to Tesco.

By the time I arrive, the armoury of trolleys is severely depleted. This hints at the crowd within. And within is war.

People, tense, tired and unsmiling are scurrying about in all directions. I dive down an empty aisle to revise my battle plan. . If I got the ham, cream, whiskey,cloves, wine, brown sugar and more wine, all would be right in my world.

All hands are on deck now,as Tesco staff replenish empty vegetable racks. It is trench warfare. As fast as they are being filled, a mob arrives to heave them all into loaded trolleys. I congratulate myself on my revised battle plan but feel a tad uncertain.

Could Armageddon be around the corner? Are these people filling nuclear shelters in their gardens? I feel like I am not in the know. It is as if there has some coded message being sent out among the masses and I am excluded.

I scurry on. Ah! Ham! From the crowd swilling around the aisle I know I am in the correct refrigerated section. I charge down the aisle on a white griped ride with my trolley. Surely a three kg ham wouldn`t be that hard to find?

But there is barely the makings of a whole pig in the place. Three large smoked legs, to be precise, and lumps of bacon begging for a place on some poor Christmas table any place.

Ok then. Cloves. I barge past the little kid reaching up for the chilli flakes. (Chilli flakes? At Christmas? Surely, not?) and bag my supply. I throw a second one in. Well, you never know. I may not have my ham but I`ll have plenty of clove flavour.

I leave the little kid sobbing and double back to the cold section for cream.

Scanning the dairy shelves now, I am met with all sorts of creams. Whipped cream, pouring cream, Bailey`s flavoured cream, double cream. But not the cream I`m after.

Uh-oh hold on… I find a solitary carton of Tesco`s best single cream. But the lid`s damaged. Hmmm. Reach down a bit…. yes, there at the very back of the bottom shelf… if I stretch right back I might actually… yes. yes, there got it! One of five. I resist the urge to take all five, and, proud of myself, hold the prized cream aloft to a round of applause from the other shoppers.

Then they too dive in after the remaining cartons.

Somewhere in the crowd a  child is wailing.  His name is not Jesus. The sound is relentless,  ear crunching and annoying. I glower at a near by security man. Do something, I urge, but plainly telepathy is not his strong suit. And years of working in Tesco have left him deaf to the antichrist.

Luckily, Antichrist`s mother intervenes and tells him in no uncertain language to shut up. I round the corner just in time to witness this and I stop short of congratulating her. Instead, I smile at the stunned Antichrist a little too triumphantly. And hear my halo clatter to the ground.

War makes mean people out of all of us.

Bob Geldof and Co are asking  “Do they know it`s Christmas time?”`and down at the drinks aisle they are all very sure about the answer to that one. The clinking of bottles landing in trolleys is as regular as the pop pop pop of machine gun fire.

This is no time for the careful selection of best Bordeaux. Nor even time to consider the prices. Just bag a bottle or three of anything. Don`t forget to pull a  bottle of whiskey for the postman. Any whiskey. He won`t mind.

I feel a little sense of panic then as I rush down the baking aisle for my final purchase. Brown sugar. There are people loading factory made sponge bases and packets of trifle mix into their trolleys. You call that dessert? I sniff. At Christmas? I stop short of actually saying this and barge swiftly on.

My last prize is easily found. I bag two packets, because, well, you never know. I may not have a ham but I have plenty of cloves and brown sugar.

The final battle is on and I take the spoils of war to the check out. Everyone seems to have had the same thought as I have and I brace myself for the ensuing meaness. I am not selective with my check out. I just find the first queue and am not in the least surprised when another woman steps in front of my trolley to claim the space.

In fact I am determined to enjoy the calm of standing there waiting. Then, glancing over at the flower section I realise I recognize someone. He is anxiously scanning the buckets of red roses. He looks pale and drawn. With a young family and wife who is ill in hospital, I know his Christmas will be a fraught one this year.

Bing Crosby is singing “I`ll be home for Christmas” and in between telling him where to stuff his song, I`m wondering if I really should abandon my place in the shopping queue and go over to my pal.

“Maybe he`d rather not meet anyone” I reason ” And, anyway, I really do need to get out of this darned supermarket”

But my pal decides that for me. A sudden smile of recognition lights up his face and I wave back and steer the wretched trolley into a quiet corner.

He is full of the joys of the season. His wife has been released from hospital. Family have all rallied around to gather Christmas together for their small kids, his workplace have given him extra time off. Clutching his cellophane wrapped red roses, he reassures me that all`s well in his world.

I realise Bing had it spot on, after all, and maybe others are not quite as full of the Bah! Humbug! spirit as I am.

Heartened by the good news, I bid him and his family a wonderful Christmas and skip back to the queue.

I leave the battlefield with a lighter heart, a little more Christmas cheer and no ham.

And I am not going back to Tesco to get it. 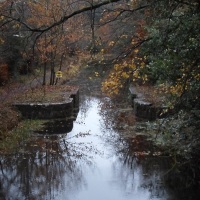 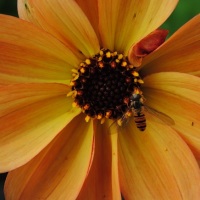 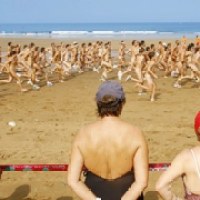 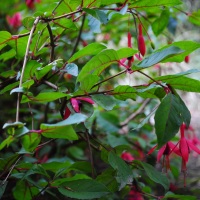 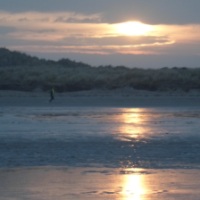 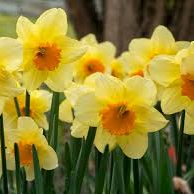 Live-blogging never lost love, from Blue Angels in the backyard to penguins on the Equator